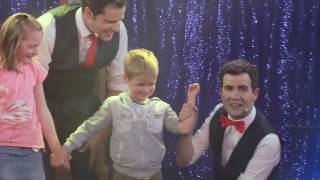 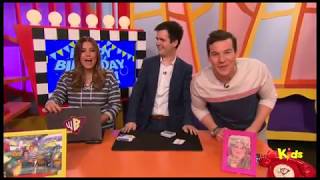 Alex and Luke's Make Your Parents Disappear: The Magic Extravaganza!

Alex and Luke's Make Your Parents Disappear: The Magic Extravaganza!

Alex and Luke are back with another explosive serving of magic! After five years of smash-hit shows at The Famous Spiegeltent, the boys are returning with a truckload of trickery to fool your parents.

Would you like to go to magic school? Alex and Luke already do. An hilarious mishap has landed the boys in detention, and they’ll have to muster all their magical skills to escape.

Alex and Luke will need your help to pull off the ultimate prank to trick their mum and dad. Come and help them make their parents disappear!

After blowing away the judges and audience in the grand final of Australia’s Got Talent (Channel 9), Alex and Luke are back at Melbourne International Comedy Festival with more of their hilarious magic in jaw-dropping 3D.

'A delight from start to finish, regardless of age. ★★★★' Adelaide Theatre Guide