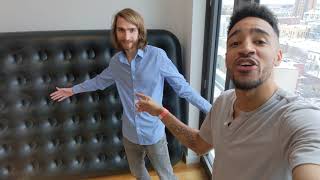 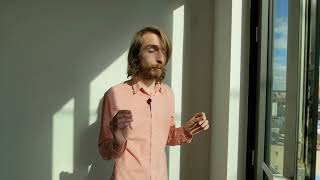 New York City comedians, Carter Morgan and Mike Lemme, battle adulthood by examining their lives 10,376 miles away from anyone that knows them. Australians: Leave your drinking shoe at home and come enjoy an evening of laughter over a chilled glass of Victoria Bitter or even a Fosters if you’re feeling fancy. Americans: We’ll be talking politics, relationships, yo forreal tho watch the f*%k out, there are giant ass spiders here, these people crazy af but they don’t shoot up schools fr so it’s chill, football and Beyoncé. This comedy show is in a dope venue, come check it out!

Carter Morgan is a Gaulier-trained, NYC-based, international stand-up comedian, having performed most notably at the 2019 Edinburgh Fringe, 2018 Melbourne International Comedy Festival and The Comic’s Lounge (Melbourne). His brand of comedy is irreverent, in-the-moment and pointed. He excels at creating a unique moment with the audience in front of him and is constantly engaging in banter with the audience. Besides stand-up comedy, he is a content creator for Google’s YouTube channel, where he is the on screen talent for videos, the host of a podcast and a script writer for multiple series.

Mike Lemme’s writing has been published in The New York Times. A former intern for Conan O’Brien and Jimmy Fallon, Mike has also warmed-up studio audiences for Who Wants To Be A Millionaire and has produced sold-out comedy shows in London, Paris, across North America and as part of the Edinburgh Fringe.

'Proving himself to be a comedian of significant talent.' Theatre Is Easy (USA)

'It is wonderful when a show can be funny, contemplative, and raw all at the same time, and Lemme has captured all of the above perfectly.' Broadway World