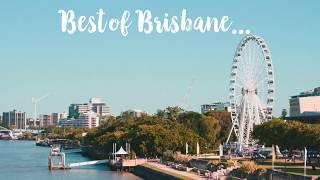 Hailing from the city of bougainvillea and bin chickens, Best of Brisbane is a lucky dip line-up of four comedians handpicked and hosted by Sunshine Coast LOL queen Anna Brennan. This show is a great way to sample the cream of QLD’s comedy scene.

Check out the Best of Brisbane event on Facebook for line-up announcements or take a punt and plunge your hand into the lucky dip box and see what you get.

Anna’s comedic style has been described by Bris Funny Fest organiser Adam O’Sullivan, as “an insightful, hilarious and yes, sometimes a bit dirty, look into the world of modern female dating”. Heya Comedy producer Kate Rudge called Anna’s first solo show in 2018 “unapologetic and honest". She went on the say “Anna is clearly having a lot of fun and it’s infectious".

Anna runs four monthly, ticketed comedy shows on the Sunshine Coast in Queensland, as well as performing at a bunch of festivals as both a comedian and event host. In 2019 she wrote and directed her first one act play, Tinderella, which won a People’s Choice award. Basically this lady knows how to put on a show. She will be joined by four of her favourite QLD jokesters for 80 minutes of side-splitting tales.

This show is bound to go off faster than a carton of milk left in a hot car in the Brisbane sun, so snap your tickets up quick.