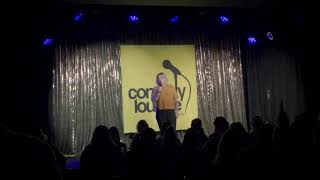 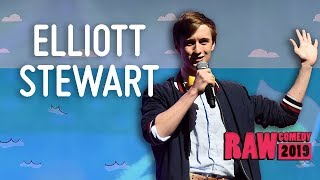 Fresh 'n’ funny, they’re in the Zone! The Comedy Zone is 21 years young so we’re turning it up – expect wall-to-wall jokes from the next generation of comedy superstars.

Andrew Lee (QLD)
Andrew premiered his solo White Knuckle Airlines at the Bris Funny Fest before taking it to Sydney Fringe, and hasn’t looked back. Dark comedy with a thoughtful twist, get ready Melbourne!

Floyd Alexander-Hunt (NSW)
Combining quirky charm with virtuoso violin, Floyd has studied with Philippe Gaulier in Paris and performed with The Second City in Chicago. A regular on the comedy circuit in Sydney, Floyd reached the RAW Comedy State Final.

Andrew Portelli (VIC)
Smart, introspective and observational comedy drawn from years as a criminal prosecutor. A regular at Melbourne’s best comedy rooms, Andrew is one of the scene’s most exciting up-and-coming comedians.

Elliott Stewart (NSW)
Starting comedy at the ripe age of 17, Elliott's brace-faced humour and unique view on adulthood took him to the Class Clowns State Finals and the 2019 RAW Comedy National Grand Final.