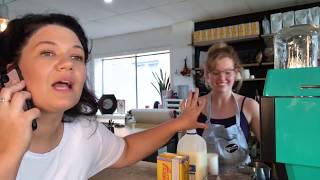 Comedy queen, content creator, broadcaster, best-selling author, TV presenter and carb-loving make-up doyenne Tanya Hennessy made her live touring debut when she joined forces to perform with Christian Hull in 2019. Now she is ready to go it alone as she returns from her scene-stealing stint in the South African jungle on I’m a Celebrity, Get Me Out Of Here! to make her solo stand-up comedy debut at Melbourne International Comedy Festival!

Tanya’s hilariously engaging and relatable take on life has seen her earn over 600 million views on Facebook and a loyal following of 1.5 million across social media. The award-winning breakfast radio host has taken out two gongs at the Australian Commercial Radio Awards (ACRAs), including Best Entertainment Presenter. With regular appearances on The Project, The Morning Show,Studio Ten, Bachelor Unpacked, The Loop and Celebrity Name Game, Tanya’s first book Am I Doing this Right? was a best seller, and she’s now in the process of writing her second book with Allen & Unwin. The RUOK? Day ambassador and Cosmo Woman Of The Year nominee has expanded her dynasty to take on a carb-themed make-up range. Seriously though, how good is bread?

Don’t miss the love child of Amy Schumer and Rebel Wilson when she makes her Melbourne International Comedy Festival debut – one show only!