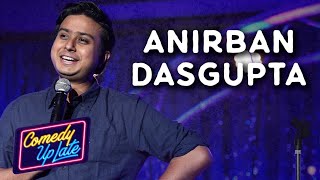 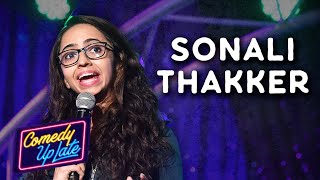 Direct from the Mumbai comedy clubs, Ramya Ramapriya, Sonali Thakker and Anirban Dasgupta are charging into Melbourne for an exclusive glimpse into India’s burgeoning comedy scene. This dynamic trio will have you relating to life in India with the stories, shenanigans and belly laughs that have made them crowd favourites.

Sonali Thakker
Sonali Thakker has been writing and performing stand-up for the last seven years across India and internationally, including shows in Amsterdam and Berlin. A standout of 2019 Festival showcase Comedy Zone Asia, her observational humour and glamorous self-deprecation make her a fan favourite.

Anirban Dasgupta
Kolkata-born Anirban Dasgupta has a sprawling storytelling style. Since leaving behind his career as a corporate salesman, he has headlined at comedy clubs and festivals around India and released his first special Take It Easy on Amazon Prime. Anirban was another hit of the 2019 Comedy Zone Asia season. Expect personal stories, sardonic cynicism and big laughs.

Ramya Ramapriya
Ramya joined the comedy circuit in 2017 and hasn’t looked back. On stage the former mechanical engineer confronts some of her worst fears including rascalous ratings, pesky pachyderms, serpentine shenanigans and the perils of being a thankless Tambrahm.