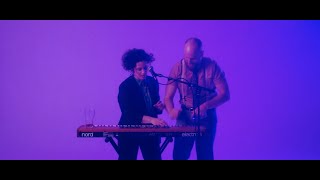 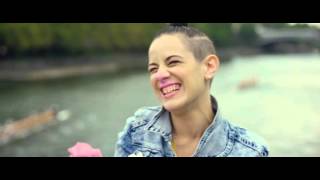 Say no to bullies! Say it right to their faces. "Hey bullies! Stop doing that! It's not nice! and it HURTS MY FEELINGS". Just say that! Stand up for yourself! What's so hard about that? What, do you enjoy being bullied or something? If you don't stand up for yourself, you pretty much suck and you're just as bad as the bully... probably worse.

Confrontation isn't so hard if you just close your eyes and imagine you are in a calmer, distant place... then all you have to do is move to that place, change your name, get a different job, and that way the person you are confronting has no way of ever finding you.

Just because a bully might "be one of your good friends" or "live in your apartment building" or "control your financial stability", there's really no need to be scared. You have nothing to lose except for your income, your dignity and your precarious position in a volatile social food chain.

Jude Perl is a multi-award-winning singer, songwriter and comedian based in Melbourne. In her hometown, she has created a name for herself by writing and performing hilarious, yet brutally honest, stream-of-consciousness-style lyrics, set to undeniably catchy and well-crafted songs.

Her last show I Have A Face has toured all over Australia to sold out audiences and has been widely praised for it's unique voice and honesty. I Have A Face and Puffy Jacket were both directed by Desiree Munro.

‘One of the most genuine, honest feeling performers going around. ★★★★★' Theatre People

'Holding the audience captivated for the entirety of the show... There wasn’t a moment where my gaze shifted. ★★★★★' The AU Review

‘Punny, engaging and clever.’ The Australian