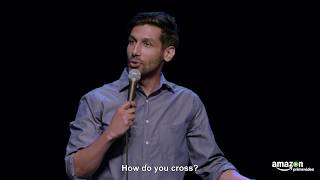 Indian stand-up superstar Kanan Gill brings the world premiere of his new show to Melbourne. He’s keen to discuss the end of life, the world, ice cream, and living in the moment.

The follow up to his 2019 Festival smash hit Teetar, Kanan’s new show will delight long-term fans and no doubt win a whole new legion of followers.

A comic superstar  on stage and online with a combined two million followers across social media, Kanan Gill started his career in software engineering but found unbelievable fame in an unrelated field.