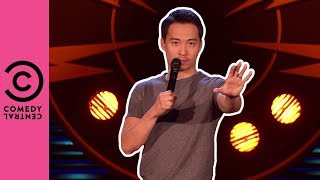 Following an incredible run at the Edinburgh Fringe, which earned him a Best Newcomer nomination, rising comedy star Nigel Ng’s Australian debut is a joyous romp through his new life in the UK as a Malaysian immigrant. How do you retain your cultural identity when in a foreign land?

‘Holds the stage with smiling ease and impressive skill. ★★★★' The Times (UK)

Nigel is also appearing in the Comedy Zone Asia showcase.