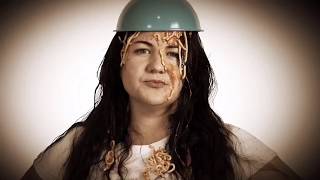 Sick of seeing social media posts of shiny happy families with their clean children dressed like tiny grandparents? So was comedian Anna Brennan! So she banded her favourite ankle bitten comedians together and created the show Parenting Fails. From baby names that should be outlawed to Mums eating their placentas, this show is bound to make you feel like Parent of the Year.

Not just for the Mamas and Papas out there, Parenting Fails is for anyone who ever busted out of their own Mum (or was yanked out the sunroof). Hosted by proud free-range parent Anna, and featuring four handpicked comedians with parenting tales more memorable than that poonami that went from neck to knees, this show is so funny it’s been known to cause light bladder leakage*.

Parenting Fails has performed to packed audiences in Brisbane as well as the Sunshine Coast and it’s bound to be just as popular with Melbournians. You can look up line-ups for individual performances, or jump in the deep end (much like actual parenting) and buy tickets without knowing exactly what you’re in for.

Heya Comedy producer Kate Rudge called Anna’s first solo show in 2018 “unapologetic and honest.” She went on the say “Anna is clearly having a lot of fun and it’s infectious".

Anna runs four monthly, ticketed comedy shows on the Sunshine Coast in Qld, as well as performing at a bunch of festivals as both a comedian and event host. In 2019 she wrote and directed her first one act play, Tinderella, which won a People’s Choice award. Basically this lady knows how to put on a show.