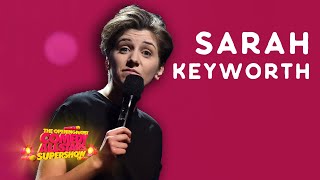 The Edinburgh Comedy Award nominee for Best Newcomer, winner of the Herald Angel Award and rising star of British stand-up returns with a brand-new show about the little things, the smallest details, the fixed and distinct aspects that make up what we definitively are, how we expressly think and who we unambiguously love.

As seen and heard on Comedy Central’s Roast Battle, ITV’s The Stand Up Sketch Show and BBC Radio’s The Now Show.

‘Compassion, nuance and plenty of laughs…hugely impressive stuff. ★★★★' Time Out