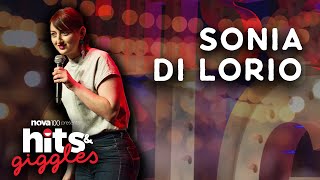 Sonia Di Iorio has opened for Ronny Chieng, performed at Splendour in the Grass and been heard on podcasts 'The Little Dum Dum Club' and 'Don’t You Know Who I Am?'.

In 2017 she won Comic of the Year at one of the hottest comedy rooms in Melbourne, Spleen Comedy, and in 2018 began writing for Channel Ten’s The Project.

Check out this comic star on the rise in her sharpest hour of stand-up yet.