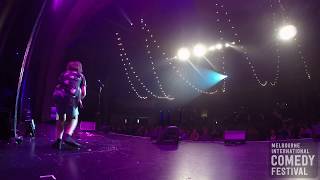 A big Ooft can only be described as the disappointing sound of hitting rock bottom. This show is full to the brim of unique and relatable humour. Rao and Jett talk about all their Ooft moments from dead dogs to drug dens. Laughter is the best medicine for these two young comics, apart from actually medicine.