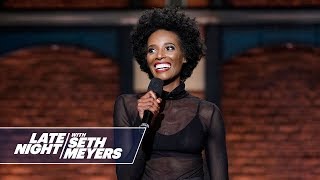 Returning to the Festival after a break-out debut in 2018, Zainab Johnson’s comedy is shaped by her background growing up in Harlem with 12 siblings in a Muslim family. Named one of Variety’s Top 10 Comics To Watch in 2019, Zainab has dazzled on Late Night with Seth Meyers, HBO’s All Def Comedy and more. She’s been honoured as a 'New Face of Comedy' at the Montreal Just For Laughs Festival and regularly appears at the Improv in LA and New York’s famed The Comedy Cellar.