More than 350 shows will bring laughter to a city that needs it after the 2020 Festival was cancelled because of… well, you know. One of the world’s great comedy festivals and one of Australia’s largest and most loved cultural events, the 2021 Melbourne International Comedy Festival was launched today in style. Hosted by Dilruk Jayasinha with a set from Nath Valvo, a musical performance by Jude Perl, and address by Lord Mayor Sally Capp, Festival Chair Bill Shannon and Festival Director Susan Provan AO; the Launch event was held overlooking the Yarra River at Transit Bar above Federation Square. 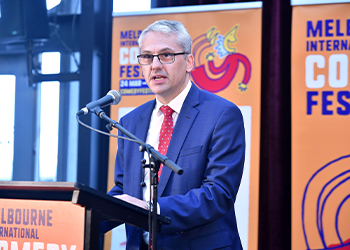 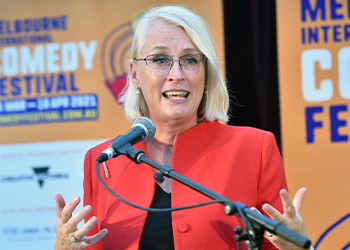 Tickets are now on sale – get along, laugh like it’s 2019 and support Melbourne’s incredible arts scene.

Melbourne International Comedy Festival director Susan Provan AO, said, ‘Our 2021 program celebrates an incredible roster of Australian performers. It’s been a tough year for the entertainment industry so enthusiasm is high among comedians for a return to our stages. We urge everyone who loves comedy to get out and support them and reconnect with that lovely feeling of a great big laugh with friends. For those who can’t get out, we have produced an online program of events so that fans wherever they are can enjoy the Festival from home.’

The Hon. Danny Pearson MP, said, ‘Melbourne International Comedy Festival is one of the biggest, brightest and most beloved events of Victoria’s calendar, and I couldn’t be happier to welcome it back. This year more than ever we are proud to support the Festival, backing it all the way with extra funding to make it happen, make it safe and make it one to remember. I encourage all Victorians to get on board and support our funniest local acts as they return to the stage.’

Lord Mayor Sally Capp, said, ‘Melbourne is the undisputed comedy capital of Australia and I’m so excited that the Melbourne International Comedy Festival is back – because Melburnians are ready for a laugh.’ 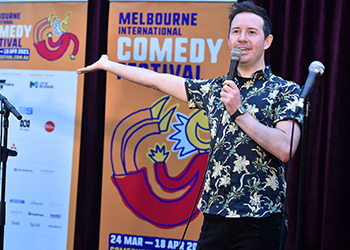 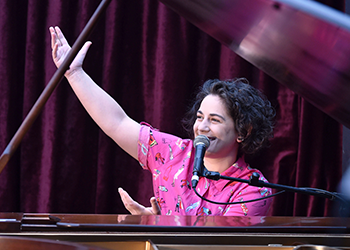 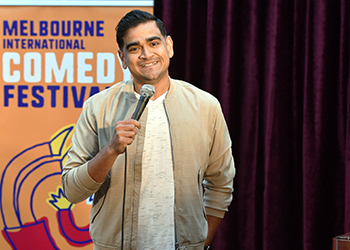 All of the much-loved regular events are back, including Upfront, The Great Debate, The (Very) Big Laugh Out, Comedy Up Late, Comedy Club for Kids and the RAW Comedy, Deadly Funny & Class Clowns National Grand Finals. The Festival Club has a new home at the Forum Melbourne on Friday and Saturday nights, presenting an intoxicating mix of the best stand-up, cabaret, burlesque, lip synchronisers, drag kings and queens. Out of the CBD audiences can enjoy the Festival vibe in their own neighbourhood with Comedy Commutes – a carefully crafted mix of familiar faces and fresh new talent every weekend of the Festival at some of our favourite local venues across Melbourne.

For those who want to get in on the joke from the comfort of their home, this year the Festival has created a special online program of shows people can watch from their well-worn couch. Featuring all-star line-ups, peeks behind the curtain, classic clips and panel discussions, something new will be released every night of the Festival.

So that it can be all fun and games for three and a bit weeks throughout March and April, the Melbourne International Comedy Festival is doing a lot of work behind the scenes to keep everyone safe and comfortable.

The health of audiences, artists and Festival staff remains of the highest priority and there will be a number of COVIDSafe protective measures in place across the Festival including:

The Melbourne International Comedy Festival runs from 24 March – 18 April, delivering COVIDSafe laughs and comedy good-times to Melburnians and the world, on stage and online.