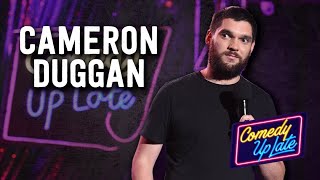 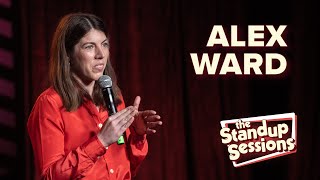 They have no business being friends. He was a butcher and she kisses her dogs on the lips. Had they not started stand-up in Brisbane at the same time, their paths would never have crossed. But here they are, thicker than ever, funnier than ever and doing a show together. Cameron now living in Sydney and Alex in Melbourne, these are two of Australia's fastest rising stars!

As a QLDer living in Melbourne, Alex is always cold, which makes the warmth she brings to the stage all the more impressive. With personal, engaging and punchline-heavy comedy, Alex is one of Australia’s fastest rising up-and-comers.

As of 2020, Alex has appeared on ABC's At Home Alone Together, ABC's Comedy’s Up Late, Audible’s 2019 live stand-up series, Tonightly with Tom Ballard, triple j’s Good Az Friday and performed at Splendour In The Grass.

Originally from Brisbane, Cameron Duggan is now based in Sydney and has been entertaining audiences all over the country. Performing along-side some of the biggest names in comedy, Cameron has honed his craft at clubs and festivals all across this great land.

You may have caught him performing at Splendour in the Grass and Falls Festival or been to one of his sell-out shows in the Sydney and Melbourne Comedy Festivals.

He's also written for, and appeared on, ABC's At Home Alone Together.

He is a good comedy boy, and is definitely one not to miss.