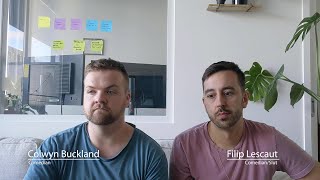 You guys, this show is gay. But it's also straight. Does that make sense? What we mean is, this show is for everyone – from the guys who take PrEP every morning, to the women they goss with at the water cooler, to the boyfriends those women drag along who end up surprise loving it! Also grandmas.

This show is both a love letter and an extended eye-roll to all facets of modern gay life. The boys tackle subjects like vanity, promiscuity, hating your own body but liking a guy who looks basically the same, the joys and pitfalls of open relationships, and much more.

'These guys are funnnnnyyyyy.' Anne Edmonds