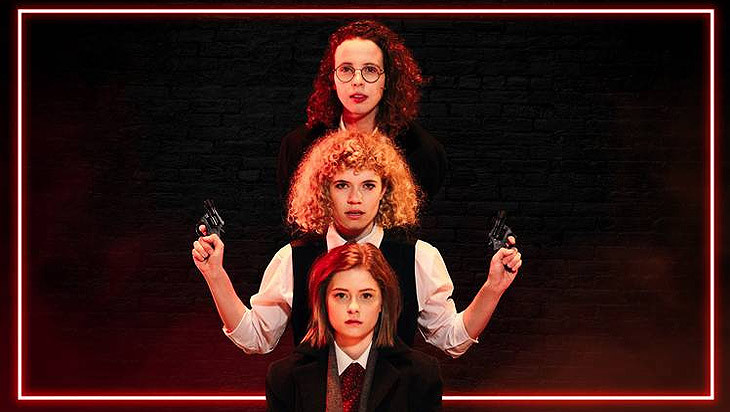 London. 1888. Three detectives. One rat. Jack The Ripper is on the loose in Whitechapel and Ella, Madi and Millie will stop at nothing to take him down.

After a sold out Melbourne International Comedy Festival in 2021 and an Adelaide Fringe tour in 2022, Catching Jack is back for a strictly limited season.

Separated in the darkness, our detectives will need all the help they can get to overcome devious enemies, chaotic allies and a very, very long arm. Start your engines and say your prayers – these detectives have definitely bitten off more than they can chew!

Directed by Ben Russell ('The Grub', Hug The Sun, Aunty Donna), Catching Jack is a wild adventure for the whole family. Except children. Use your head. And James Corden. Never for him.

Big Big Big is a comedy trio combining Ella Lawry, Madi Savage and Millie Holten. Together, they make absurd comedy with tight narrative arcs and a ridiculous over-commitment to props. In 2021, they released their scripted podcast series, 'The Candyman'. Since its release, the series has gained a cult following around the world – topping international podcast charts, being featured on ABC Radio Melbourne, CBC/Radio One Canada, NPR’s Pop Culture Happy Hour, and placing for Best Comedy Podcast at the 2021 Australian Podcast Awards. In March 2021, they debuted Catching Jack at Melbourne International Comedy Festival to a sold-out season and rave reviews.

'Big Big Big are only going to get bigger.' Squirrel Comedy