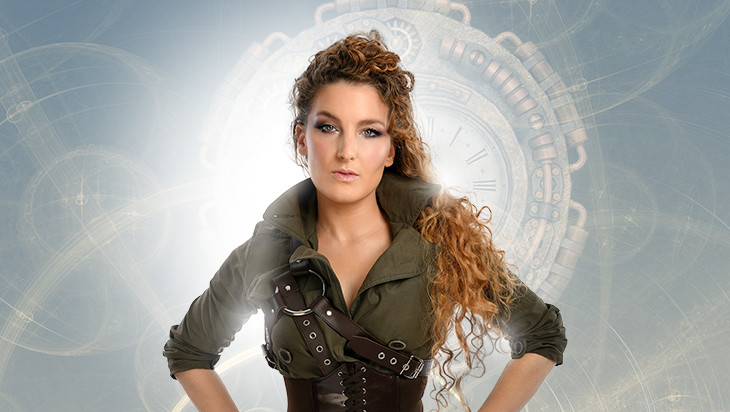 Chronos means time, and this is a show about time for an hour. We’re all running out of it, one way or another. Spend some of yours watching Alice Fraser turn time inside out and back to front. It’ll be fun! It’s a comedy show! No-one’s going to die, except you know... we’re all going to die.

Alice is also well known to comedy aficionados for regularly co-hosting Andy Zaltzman’s 'The Bugle', her own satirical news podcast 'The Last Post', her original 'Tea With Alice' teacast and at the helm of Bugle offering 'The Gargle'.

'The audience are captivated straight away, Alice’s delivery is one of the best I’ve see over the years... and always to rapturous laughter. This is a highly recommended show for the comedy viewing public. ★★★★★' Voice (UK)

'Alice Fraser is a powerhouse. A life-changer... a show that made you laugh and shiver, smile and cry. ★★★★★' Edinburgh Guide (UK)