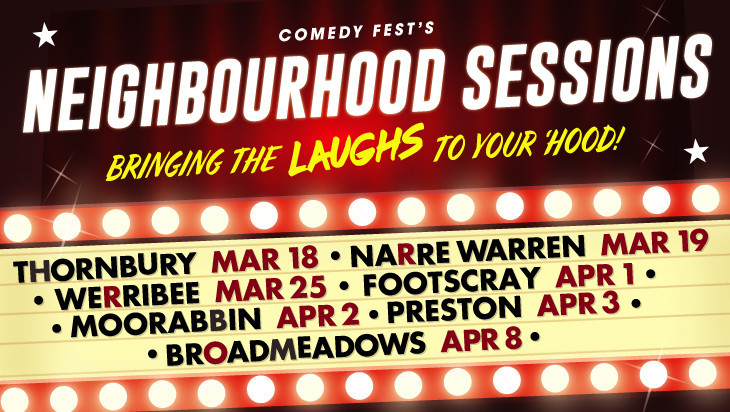 Watch out, we’re bringing the Comedy Festival to your neighbourhood!

If you like your laughs local, we’re heading out of the CBD and straight to your ‘hood, showcasing some of the biggest names in comedy alongside the country’s best new talent.

Over four big weekends, some of Melbourne’s favourite local venues will come alive with the Neighbourhood Sessions. Chock full of favourites, and a great look at what’s hot through the Festival, these shows will keep you laughing all the (short) way home.

You won’t have to go far this year to see some of the best the Festival has to offer.

Coming soon to a suburb near you!