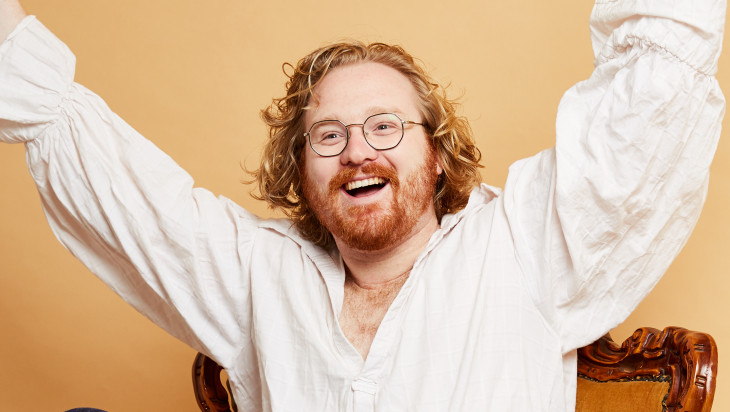 DandyLion is a show – nay, a gospel – analysing why queerness can be for the everyman.

Armed with great jokes and a particularly tasteful pair of shoes, comedian Sam Bowden will explore sexual, racial and political identity, why straight dudes need to give up their monopoly on sport and how trying to 'find yourself' can be both liberating and confining.

Originally from Brisbane, Sam Bowden has performed alongside some of the biggest names in Australian comedy and opened for the likes of Danny Bhoy (UK) and Brian Posehn (US). His debut solo show The Epicurean Shark enjoyed a sell-out run at the Wonderland Festival in 2018, and was selected to open the inaugural comedy gala at the MELT queer festival in Brisbane, and performed at Queerstories and Best of Bris Showcase the following year.

Now residing in Sydney, Sam is a regular performer at the legendary Comedy Store and has performed in multiple Sydney Comedy Festival Showcase shows in NSW. With his solo show DandyLion debuting at Melbourne International Comedy Festival in 2022, come watch his ego inflate as he continues to do the world’s best job at comedy.

'Faultless and engaging... a storyteller at his best!' Brisbane Stage

'Sam Bowden is a talent, that much is obvious.' Scenestr