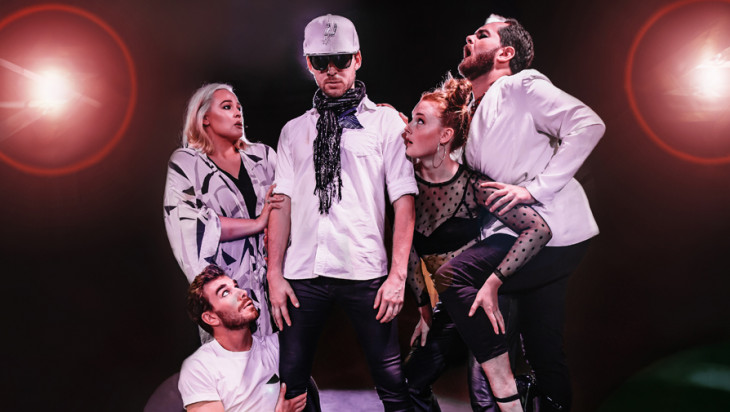 IN PERSON
A Slightly Isolated Dog and NCM present

IN PERSON
A Slightly Isolated Dog and NCM present

Five ludicrous 'French' performers will entice and delight as they invite the audience into their wild retelling of the story of the original master of seduction –  Don Juan.

Directed by the award-winning Leo Gene Peters and with an audacious cast of New Zealand performers, Don Juan brings together brilliant physical comedy, twisted pop songs and explosive wit to create an hilarious and irreverent show.

Don Juan is the boldest and greatest of men, seducing, fighting and charming his way through life. He does whatever he wants and to hell with the consequences. He lives big, loves big and leaves a trail of broken hearts in his wake – when was the last time we approached the art of seduction so boldly?