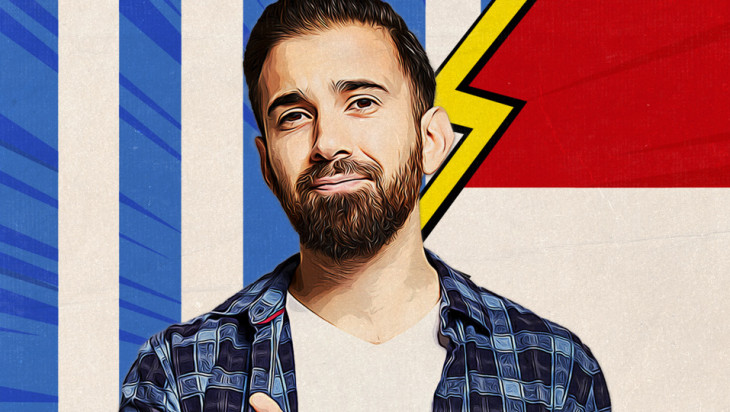 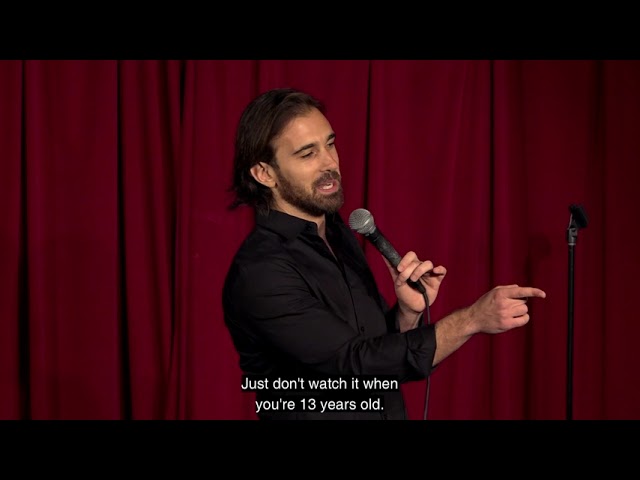 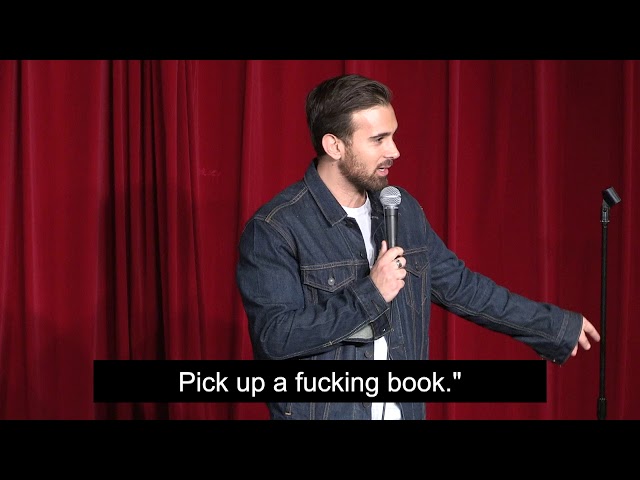 Stereotypes are: dumb, a gateway to crippling imposter syndrome and a bit bloody Aussie.

Anthony Locascio spent his early life trapped in a prison of stereotypes. In Don’t Call Me A Wog he tells the story of his escape, his complex connection to his Greek and Italian roots and his love-hate relationship with ‘wog comedy’.

Join Anthony on an audio-visual exploration of one of Australia’s foremost ethnic slurs or badges of ethnic honour, and whether you should call him
one... (don’t).

This show is both an homage to, and a subversion of, a typical 'ethnic' comedy show. It aims to show how a person's relationship with their ethnicity in Australia is a deeply personal one, which is belied by the use of stereotypes in comedy.

It is an audiovisual storytelling show, comprising musical, lighting and video/slideshow components.

Anthony Locascio will tell stories about how his Greek and Italian heritages have collided with his life from childhood, to school and university, and ultimately, to navigating a stand-up comedy career.

Anthony Locascio is one of Australian comedy’s rising stars. Blending sharp joke writing with musings on his ethnic background, he has become known for his unique storytelling style.

Anthony is a two time NSW RAW Comedy State Finalist (2018 & 2019), and has had two sold out runs at the Sydney Comedy Festival – Unaccounted in 2019, a show that festival artistic director Jorge Menidis described as “extremely impressive” and Confirmation in 2021, which sold out its run at the Perth Comedy Festival in 2021 that was cancelled due to a COVID outbreak.

'Anthony Locascio is one of Australia’s brightest young comedy stars. The new generation of funny. I am glad I got to work with him when I did because soon enough, he will be headlining his own big shows.' Joe Avati

'Witnessing Anthony Locascio’s evolution from trying to do stand-up comedy, to being a stand-up comedian, has been one of the most exciting and at times emotional rides of any act we host. The kid knew what he wanted out of this game and has been grinding to take each step forward since the very start.

This is a whole package situation – intelligent (sometimes too much so), conflicting cultural backgrounds to draw from, unshakable drive and of course he’s actually funny.' Magic Mic Comedy Sydney