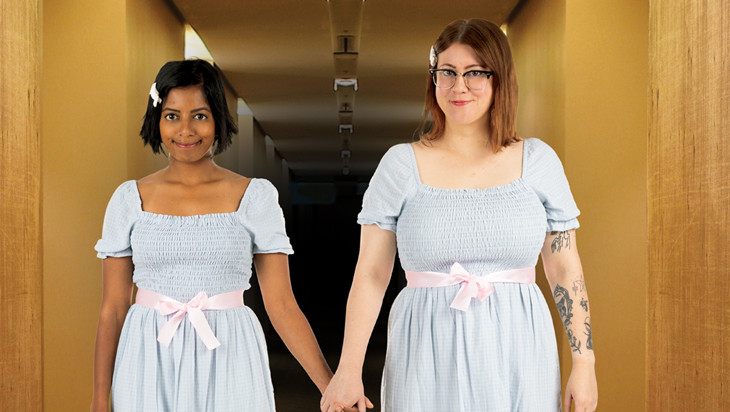 Guaranteed to delight ghouls, ghosties, skeletons, and also just standard human people looking for a great night out, this is a show not to be missed!

Comedian, improviser and passport stamp enthusiast Sashi Perera was born in Sri Lanka, raised in Dubai, Muscat and Perth - then worked around the world as a refugee lawyer. In 2021 she was the only Australian comedian featured on the UK Funny Women Awards ‘Ones to Watch’ list. She recently opened for Anne Edmonds and Nazeem Hussain, and is a former cast member of hit stand-up lineup show The Breast of The Fest.

“For this reviewer, it was Sashi Perera’s quick wit that stole the show.” Melbourne Observer

Rose Bishop is a comedian and playwright from regional WA who moved to Melbourne to pursue her love of writing, comedy and indoor toilets. She was a national finalist in the 2019 RAW Comedy competition, a host and writer for the award-winning Channel 31 show The Leak, and has toured the country as a cast member of The Breast of The Fest.

“If the audience were in any doubt about the quality of the comedians they would be getting, opening act Rose Bishop was a reassuring presence. She has confidence to spare…” chortle.co.uk