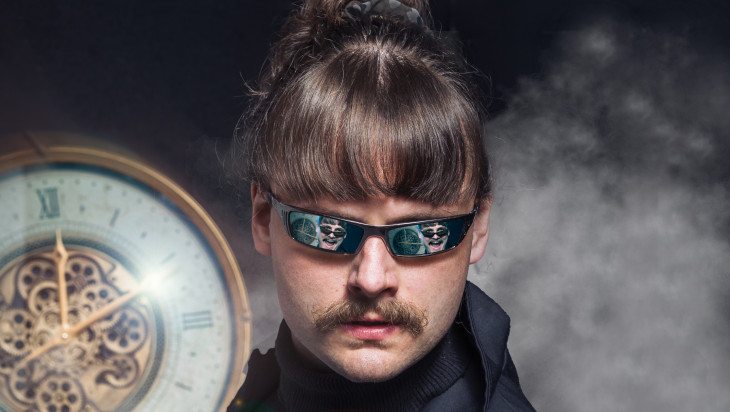 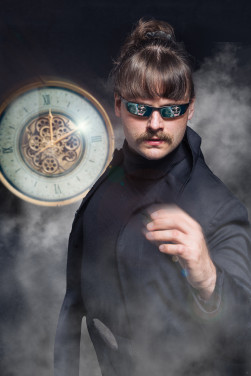 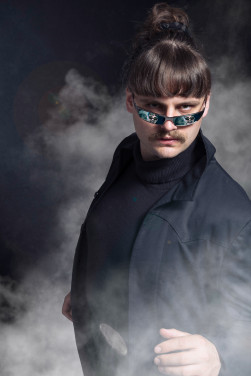 Kaine! I'm A Clock And You Can't Stop Me

Kaine! I'm A Clock And You Can't Stop Me

Time may be a human construct, but Kaine! doesn’t work in construction.

I’m A Clock And You Can’t Stop Me is the new musical comedy show by Kaine!. This electro-rave extravaganza will feature the silliest songs of his career to date, about the strangest thing we’ve ever invented... time. After a standout season at last year’s Melbourne International Comedy Festival with his deathtacular cabaret Wonderwall, Kaine! will grace the stage of The Butterfly Club to dazzle his audience with his blend of dark humour and complete absurdity.

Kaine! wants to take you into the self-obsessed world of time, a place where 90’s raves are still raving and your fastest Tamagotchi death still remains unbeaten. This fast-paced show sits perfectly in the late-night spot, a time where things get a little weird, a little crazy, a little sweaty. Inspired by the likes of TISM, Lou Wall and Sam Simmons, this show will make you go out to 4am or go home and dream of less alarming things.

After debuting Wonderwall at last year’s Comedy Festival, Kaine! went into the studio to record his debut album Wonderwall: 8 Deathtacular Songs About Death. This album bought the once acoustic songs into a full band spectacular, which gave the songs new humour and depth. ‘The Funeral Song’, featured on the album, earned him third place in the Comedians Out West 2021. The album is now available on all streaming platforms.

Kaine! has also been featured in children’s entertainment as the host and writer of ‘BeTV’. The series featured various characters and sketches that showcased Kaine! as a comedian for both young and old. The Ballarat Baird is also the frontperson for the band Apex Bloom and the electro-western outfit Confetti Western.

'Despite it being a comedy piece, I could easily call it performance art.' Lot's Wife

'It is clear Kaine is a comedian on the rise.' Lot’s Wife

'A show to die for!' Theatre Travels

Please note, the following performances will be filmed: Fri 22 Apr.
16+
Suitable for audiences 16+