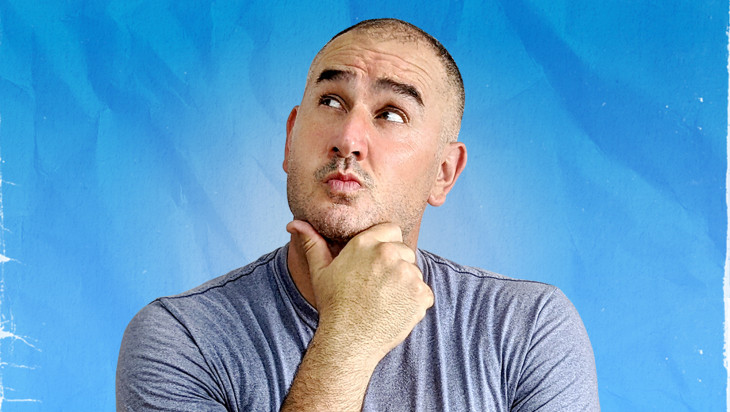 Fady Kassab Is This Legal? (Australia,Lebanon)

Fady Kassab Is This Legal? (AUS,LBN)

It’s date night! It’s been a while for Fady Kassab (Question Everything). Like, a while! But he can’t keep his mind from racing.

“There’s plenty of fish in the sea”, they said. Have you been to the sea recently? It’s overfished, contaminated and crowded! Ok, Fady, relax. Take a deep breath. Not too deep! Air pollution, you know. Think of the environment. Take the bus, don’t talk too much about your ex, your kids, the Middle East or your ear infection. Just be yourself! You got this!

Wait, is it tonight or tomorrow night?

A child of 17 years of the war of in Lebanon, former SBS Radio Arabic program host has seen his share of wild, turbulent times in the Middle East. Having told his horrifyingly funny tales about growing up in a war zone, Fady is now bravely setting out into the dating zone.

Don’t miss the 2019 winner of the prestigious RAW Comedy competition and grand finalist of the UK’s most influential comedy comp So You Think You’re Funny, which launched the careers of the likes of Dylan Moran, Lee Mack, Graham Norton and Hannah Gadsby, with his Melbourne International Comedy Festival solo debut.

‘A smack of realism and a soothing salve of humour! A no brainer. ★★★★★’ Mindshare

‘Has you hooked in the first sentence and laughing in the second.’ Chortle (UK)