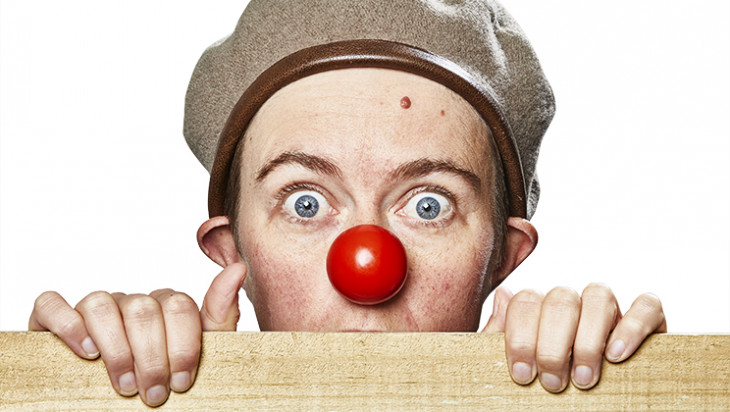 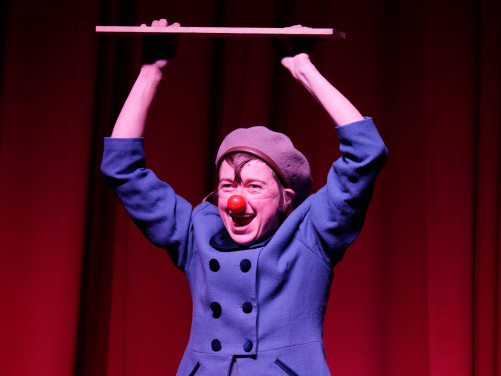 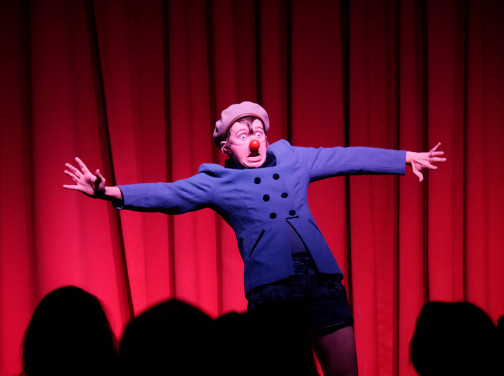 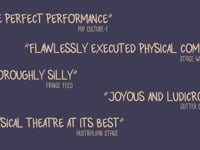 Lily Fish Jofus and the Plank

Lily Fish Jofus and the Plank

Part Marcel Marceau, part Looney Tunes and armed with nothing but a plank of wood.

Life is going swimmingly for Jofus until one day there’s a knock at the front door. It’s the big bad wolf. Jofus leaps out the window and starts to fall. Like Alice tumbling down the rabbit hole, time stretches and a surreal adventure begins.

A live action cartoon that melds clown, mime and theatre.

For people who grew up on Robin Williams’ Genie, Saturday Disney and The Simpsons.

‘Lily Fish is a phenomenon. She is astonishing. She is a comedian, a mime, an acrobat and a chameleon.’ Stage Whispers

This show contains: References to or simulation of violence.