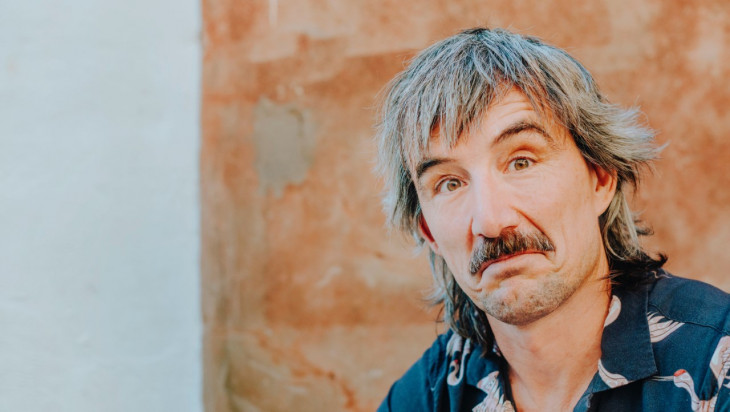 Now in his 18th year of stand-up and lining up for his tenth solo show, Mick has done it all… except been nominated for a big award at Melbourne International Comedy Festival. That’s about to change. This year he’s Fair Dinkum. It’s the brand-new show that’s sure to deliver the success Nevvo richly deserves.

Mick Neven has been performing stand-up comedy around Australia and around the world for 17 years. He’s toured Canada and the US, performed at the Edinburgh Festival Fringe four times and has made three tours to the Middle East to perform for Australia’s Defence Force members serving overseas. Fair Dinkum will be his tenth and greatest solo show.

Mick is a two-time winner of the Perth Fringe World weekly award for Best Comedy Show. You may have seen him on television over the years, including on the Quiz show ’Temptation’ when he won $3500 cash and a $3000 washing machine, and on ‘Millionaire Hot Seat’ where he nearly won $250000 but missed out because he’d never heard of King Canute.

'He delivers a performance with punch, humour and a heart. ★★★★★' Herald Sun

Well done on making it this far through the 750 word website description. You’re obviously a little bit interested. Buy a ticket, see you at the show.