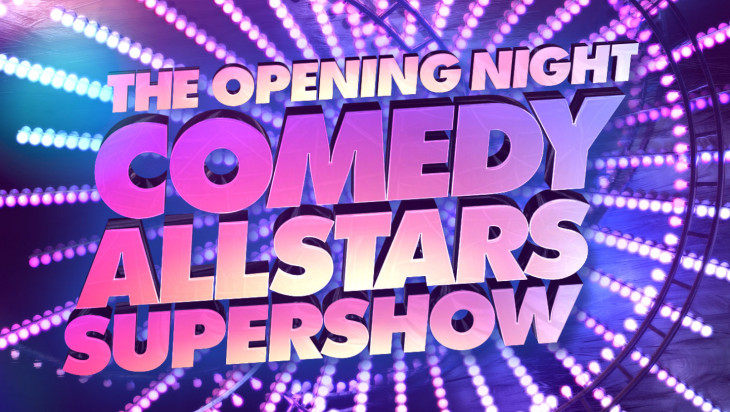 Frock up and rock up for the fabulous, one-night-only kick-off of the 2022 Festival!

The best way to launch three (and a bit) weeks of non-stop comedy is the Opening Night Comedy Allstars Super Show!

Come with us down the red carpet and revel in a sensational line-up of the biggest names and brightest new stars of comedy as they raise the roof of the historic Palais Theatre and fill the city with laughter.

After the couple of years we’ve had, Melbourne, it’s time to make some noise.

Hurry and get your tickets to the hottest show in town now!

Please note, the following performances will be filmed: Wed 30 Mar.
16+
Suitable for audiences 16+