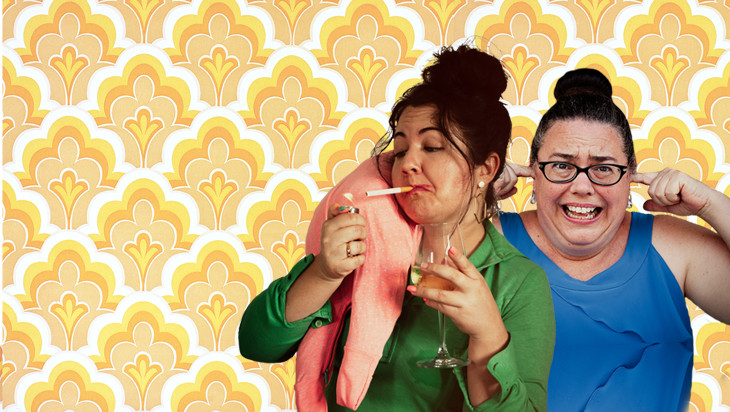 IN PERSON
The Jester Guild

IN PERSON
The Jester Guild

Mama bear comedians Anna Brennan and Carolyn Mandersloot will disgrace the stage this chuckle fest with a show that will make you feel like Parent of the Year. Hailing from Gympie in Queensland Anna particularly enjoys collecting bogan baby names and Carolyn has progressive disciplinary tactics, like stealing the WiFi.

This show is for anyone who ever busted out of their mum, (or was hoisted out the sunroof), but it does come with a warning: there will be adult content, language and jokes that literally caused light bladder leakage from one audience member at the last performance. So come along, have a giggle and if you've given birth in the last year maybe wear your Depends for good measure.

Anna was the QLD RAW Comedy Runner-up in 2018 and has since produced and performed at around 100 stand-up comedy shows. She has performed at Anywhere Festival, Horizon Festival, Noosa Alive! and Bris Funny Fest, where her style was described by festival organiser Adam O’Sullivan as "insightful, hilarious and yes, sometimes a bit dirty".

Anna has just released her first children’s book, A Dragon is Coming and she wrote and directed a one act play, Tinderella, which won the People’s Choice Award at Comedy Shorts and Stand Up at The Majestic Theatre in Pomona in 2019.

Carolyn Mandersloot is fresh off The Funny Mummies Comedy Gala tour with Jenny Wynter, who said “Carolyn is an exciting talent with genuine warmth and off the charts likeability. She makes you feel like you’re having a cuppa with a hilarious bestie: she will make you spill your tea”.

Comedy legend Greg Sullivan said “Carolyn is warm, silly, strong, wise, very womanly and a bit scary. She has been at many births and deaths, is a force of nature and a great big dag”.