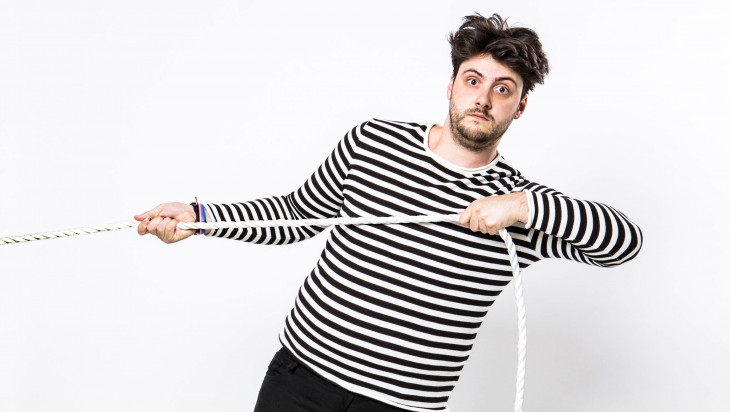 Patrick Collins I'm Not A Mime

Patrick Collins I'm Not A Mime

Off the back of the politically and personally tumultuous last two years, I’m Not a Mime explores identity, masculinity and the invisible boxes society pressures us into. From the team that created the cult hit Mime Consultant and the Best Comedy Award-winning work The New Nine, this show combines Patrick’s signature style of highly produced micro-sketches with all-new stand-up and a deeply personal narrative.

“I think this show will be my best one yet,” Patrick says. “It had better be. Otherwise I’m getting worse.”

Known for being eclectic, polished and the loudest mime you’ve ever met (for now), Patrick Collins is a rising star in alternative comedy. Combining their skills in storytelling and physical comedy, Patrick effortlessly weaves together bizarre jokes and sketches with social commentary and a journey of self-discovery.