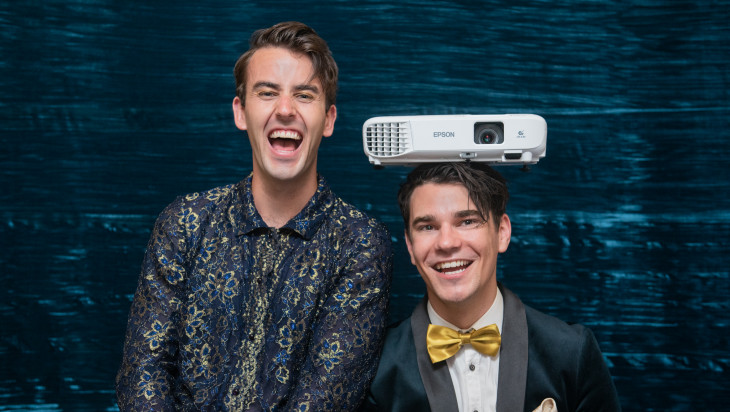 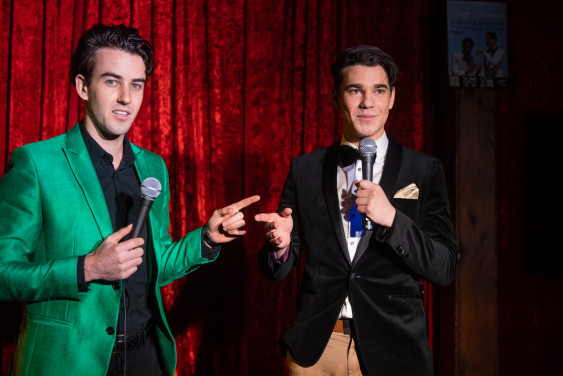 The antidote to every bland lecture, dull pitch and boring presentation you’ve ever had to endure. Presentation is Everything is an hour of fast-paced stand-up comedy that, largely, is visually complemented through the medium of Microsoft PowerPoint.

This split-bill show is written and performed by two of Melbourne’s fastest-rising and extravagantly overdressed comedians, Sweeney Preston and Ethan Cavanagh. This brand-new show is packed with slides full of images, news cut-outs, maps, animations and (you guessed it) graphs to punctuate their quick-witted stand-up.

After an interstate tour, Sweeney and Ethan are returning to Melbourne International Comedy Festival following a sell-out extended season of their previous show in 2021.

Armed with outfits they can’t afford and a .ppt file they can’t attach to an email, this is a show where presentation truly is everything.

As seen and heard on JOYFM, The 31st Annual Great Debate, Up Next Comedy at Arts Centre Melbourne, Radio Fodder’s ‘Serious News Hour’, MUDFEST Comedy Gala and Season 9 of ‘The Leak’, both Sweeney and Ethan have a wealth of awards and achievements under their belts, Presentation is Everything is your chance to see why.

'Dressed to impress and armed with a fresh set of comedic material, Sweeney Preston and Ethan Cavanagh have certainly made their presence in the comedy-scene known.' Forte Mag