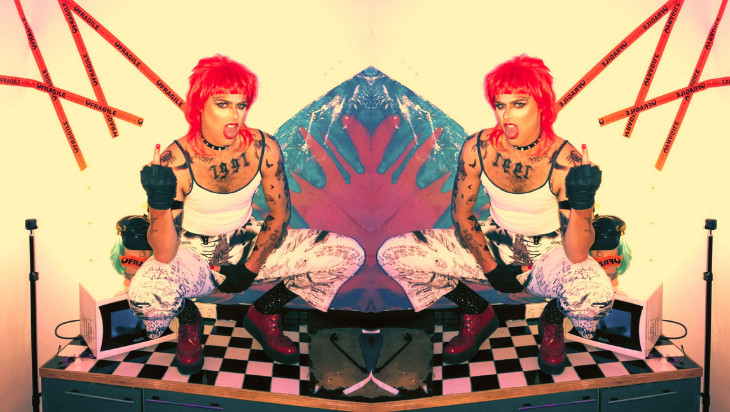 Problematic is a ‘black’ comedy about ‘white’ culture.

After their sold-out 2021 Melbourne International Comedy Festival show, Sit on my face and the release of their debut hit single 'Bussy' (available everywhere), WAAPA Dance grad turned comedian The Harry Morrissey Official is back with Problematic.

A fuse of dance and comedy, Problematic touches upon problematic elements of white culture. Shining a glaring light on ignorance, misogyny, racism and privilege, Harry weaves through and satirises problematic, white af characters in this dark comedy. Be prepared for a guided ‘mindless’ meditation from notorious spiritual guru Ghiathora, and a lecture from faux-woke millennial ‘Seb he/him’. It’s extra, OTT, deep, insightful and poignant.

Harry graduated from dance at WAAPA in 2014. Having spent the last six years in the stand-up world, they are fusing their first love, dance, with comedy to create a character-centric, deeply original show. Harry is a passionate performer who uses their work to encourage understanding, equality and community.

‘Harry Morrissey is a national treasure… a 6”4’ goddess with a brilliant mind.’ Clementine Ford