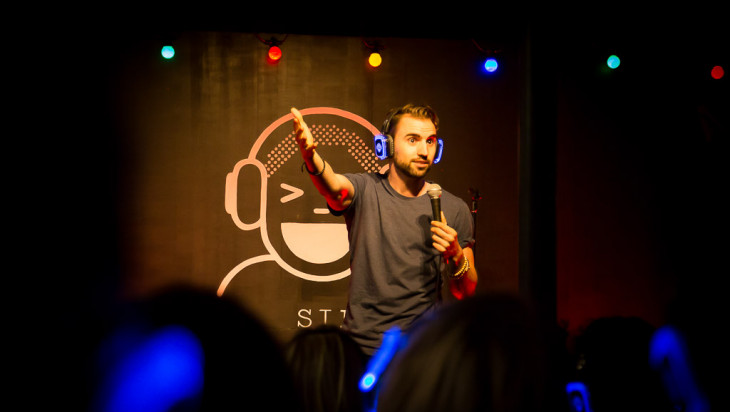 If you’ve ever observed the spectacle of human ridiculousness that is the silent disco, then you can only imagine what it would be like to watch an audience spontaneously breaking out into laughter in response to what seems like nothing at all.

Come in early for a burger and beer pre-show for $25 thanks to our mates at Mountain Goat Brewery.

18+
Strictly for audiences 18+
BACK TO LISTINGS