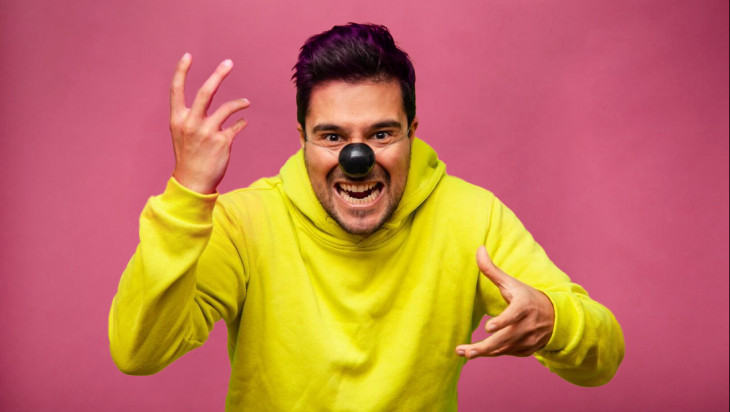 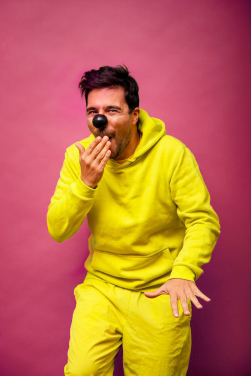 Now premiering at Melbourne International Comedy Festival after a sell-out season in 2021!

Spot is a witty and incredibly funny original solo show that ransacks the question of whether Australia really is the inclusive, multicultural place it believes itself to be?

Exploring a contemporary immigrant tale through satire, physical comedy and unforgettable characters, Spot invites audiences on the hazardous adventure of young migrant, Mario, and his devilish alter ego… Spot. With dreams of becoming a 'very good English actor!' and one day even tackling Shakespeare (all with no grasp of the English language) Mario ends up finding himself in a ‘spot’ of bother…

An insightful exploration of the difficulties of trying to fit in, Spot is a wonderfully comic and captivating journey about language barriers and the deep sense of loss that is an inevitable part of leaving everything you know and love, for the hope of a brighter future.

Playing as a part of the 2022 Melbourne International Comedy Festival at Theatre Works’ new performance space, Explosives Factory, this limited return season is a truly unique addition to the Festival and not to be missed!