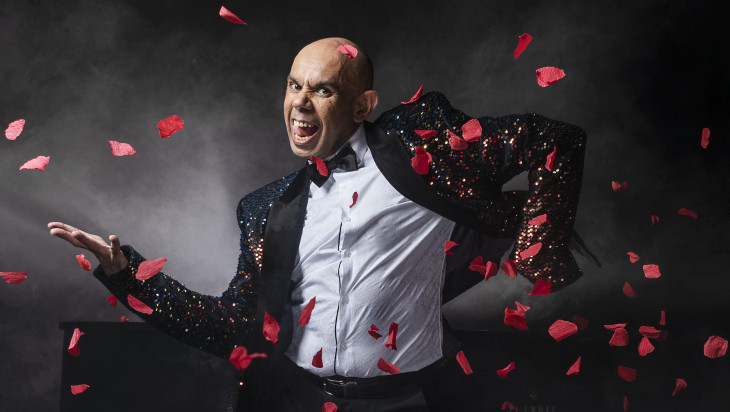 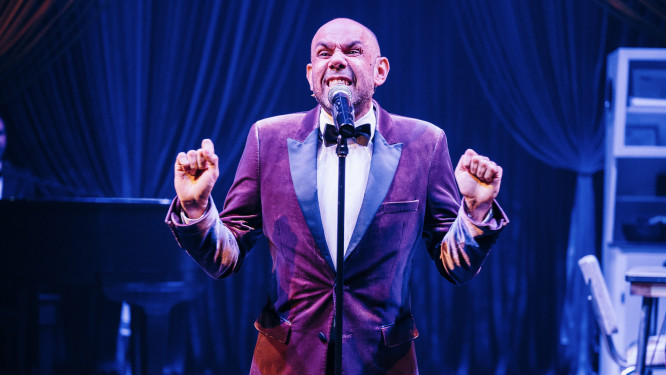 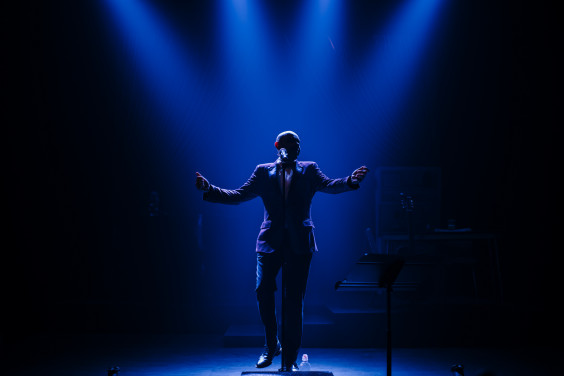 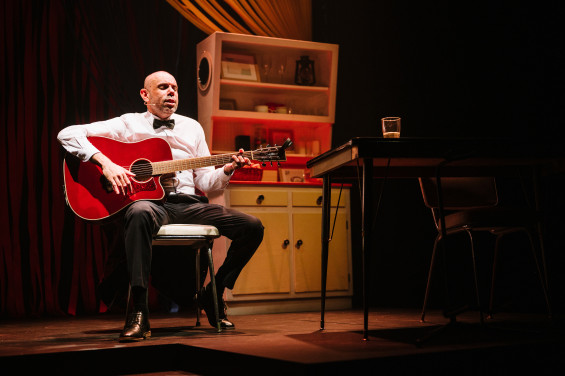 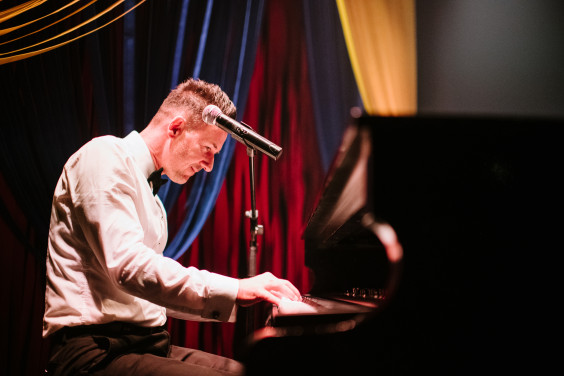 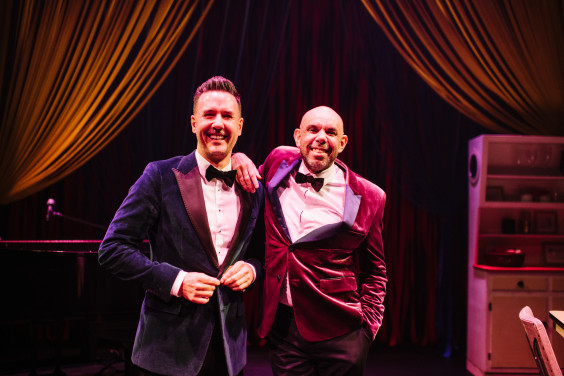 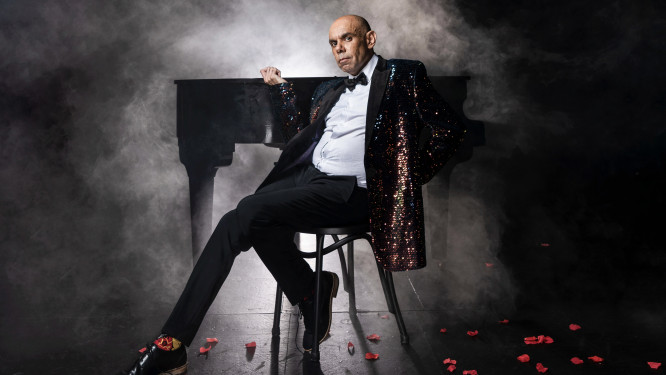 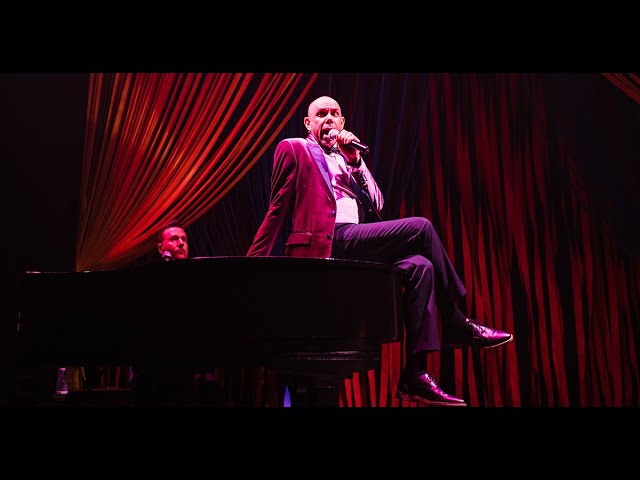 "What's this then sl*t?" You might know Steven Oliver from being sexy on ABC's Black Comedy. Or perhaps from hosting Faboriginal on SBS. But his talents don't end there. Get ready for a bit of a rap, a bit of a sing, a bit of a tap and a lot of shaking his ring.

Bigger and Blacker has been described by Sydney Morning Herald as a "tour de force" comedy cabaret and is guaranteed to get you laughing, thinking and shimmying in your seats. With his good pal Michael Griffiths on keys and harmonies, Steven makes his Melbourne International Comedy Festival debut with this acclaimed show that has dazzled audiences all around the country.

'Bigger and Blacker is a must see show for all Australians.' Scenestr

'It's old school entertainment of the best sort.' Courier Mail

'Steven knows how to work a crowd.' Absolute Theatre

This show contains: Mild language, References to self-harm and suicide.