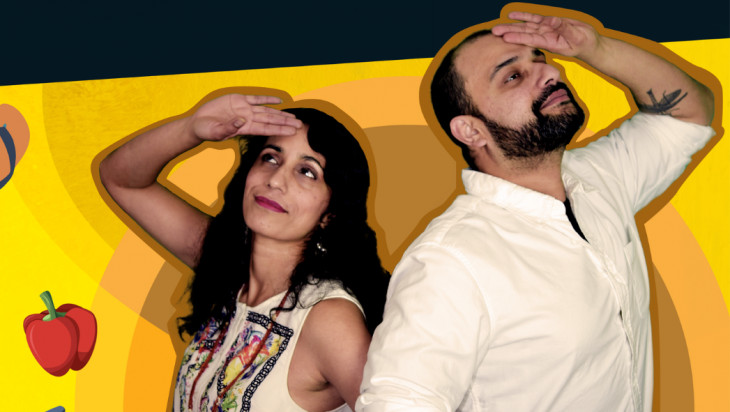 Growing up brown is hard. Will you ever get it right? Of course not! But we'll make the journey a lot more fun.

Surviving Brown For Dummies is a delightful mix of stand up and instructional presentation that will leave you in stitches.

Despite growing up in different countries, Amna and Garry share similar experiences of surviving a brown upbringing. Together they will give you all the tips and tricks you need to survive growing up ethnic/brown, in one of the funniest and most unique comedy shows at this year’s Comedy Festival.

Amna Bee was born and raised in Pakistan. She's a Melbourne-based comic whose debut solo show, Don’t Tell My Family, garnered rave reviews and a sold-out run at the 2021 Melbourne International Comedy Festival.

Garry Johal was born and raised in Singapore with ethnic roots in India. He’s a Melbourne-based comic who regularly performs at major festivals and has shared the stage with world-class performers.

'A wicked sense of humour that's instantly engaging.' Time Out

'Had the crowd laughing from start to finish.' Hey Hey It's Friday