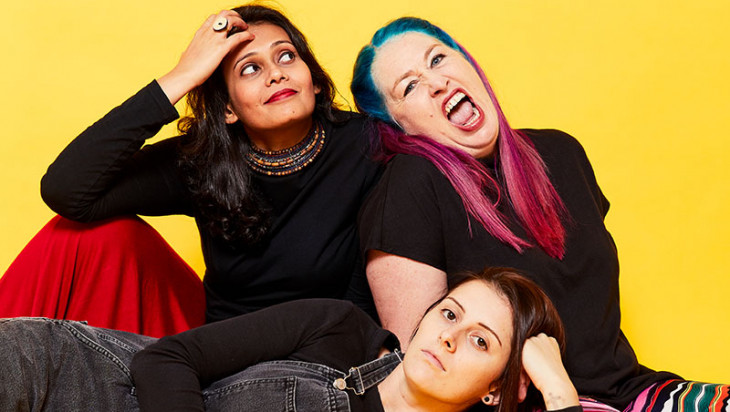 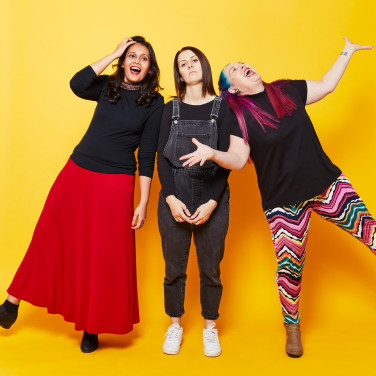 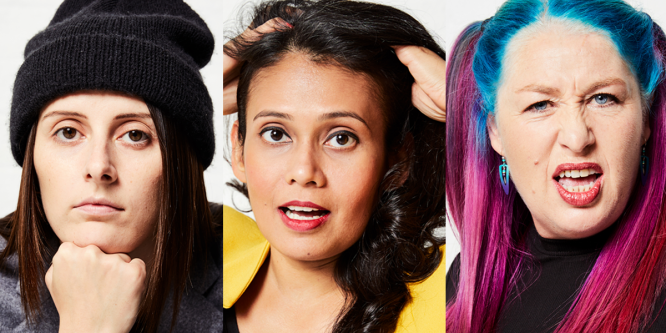 Please note, the event The Return has been cancelled.

The Take 3 girls are back and they're still spanning the generations: Young, still young and old as f*%k. Join Kru Harale, Kelly Mac and Annie Boyle for a night of dubious wit and definite hilarity as they blast through 21st century life: leaving a life of luxury in Mumbai for the squalor of Sydney; dating in a town where the most common question is "Are you my cousin?"; and why your husband can never, ever, be your best friend.

'All three comics deliver sharp material and allow a fun night out where the only guarantee is laughing out loud. ★★★½' Theatre Now

'They are going to be big names one day. ★★★' Adelaide Advertiser

Mumbai-born Kru Harale came to Oz to explore the First World and ended up entertaining it instead. A graduate of Improv Theatre Sydney and the School of Hard Knocks, Kru is an actor, writer, producer and Take 3's undisputed 'crowd work queen'. Her sketch comedy troupe, The Amazing Cannonball Flower, debuted at the 2021 Melbourne Fringe.

​'Harale is an absolute delight to watch and a charismatic comedian that never fails to nail a joke.' Australian Arts Review

'Worth spending your money just to see her deadpan delivery.' Adelaide Advertiser

Kelly Mac cut her comedy chops on brekkie radio in Coffs Harbour. In her first year she was nominated for the Australian Commercial Radio Award for Best Newcomer (she lost) and Best On-air Team (she won, with a little help from her co-host). Kel founded Top Dog Comedy in 2020 and debuted her first solo show, Wrong Side of 50, earlier this year at Adelaide Fringe Festival.

'Kel’s dry style of wit and her willingness to poke fun at everything... had the audience captivated.' NOTA