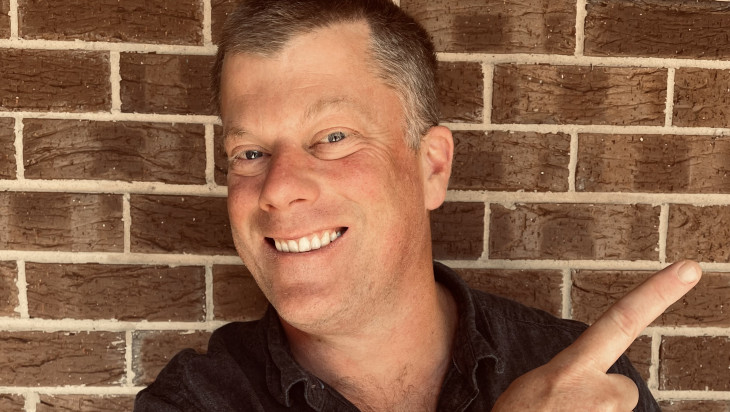 Do you love to go off on a tangent? I always have. I get distracted half way through saying something and away I go, down some conversational side street. It annoys people so much.

This show is a 50 minute long love letter to the tangent. During the show I’ll try to tell one joke, that’s all. Just one measly joke. But I end up talking about: trips to Ikea, Ringo Star, dart cricket, making money as a uni student, an equation that explains the perception of time during boring work meetings and much much more.

It’ll be an entertaining, circuitous and memorable journey through a mind that has never been able to concentrate.

Tim Young is a comedian and producer from regional Victoria. He founded Locally Grown Funnies in Ballarat to give regional comedians stage time without having to travel to Melbourne. The high-quality shows are now in demand all over Western Victoria. Tim also helps produce BallaRatCat Comedy, which regularly plays host to some of the biggest comedians in the country.

As a comedian, Tim wins over crowds with his relaxed, confident style that puts everyone at ease, as they know they are in for a good time. Over the past four years Tim has also been a regular contributor on ABC Radio Ballarat Breakfast. He is also one half of the successful radio and podcasting duo 'Fat and Ginger'.