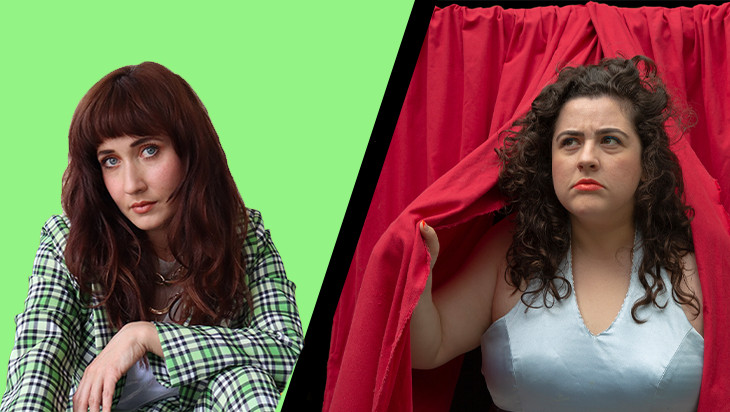 Sydney comedians Jess Fuchs and Thalia-Joan are making their Melbourne debut with a raucous and relatable split stand-up show.

Jess Fuchs presents Dream Bat Mitzvah, a hilarious revision of how she ‘became’ a woman in the eyes of God, her community and herself.

Thalia-Joan brings you Ex-pectations, a break up story like you’ve never heard and not with who you think. With personal insights and observations told through storytelling and characterisations.

Jess Fuchs flew the Aussie coop and put in her 10,000 hours in New York City, where she performed with the likes of Ronny Chieng, David Cross and Aparna Nancherla. With her captivating, can’t-take-your-eyes-off-her comedic style, Jess combines personal experiences, observations, on-the-spot-riffing and hilarious crowd work to give you an exciting, riotous and electric comedic experience.

Coming off a sold out festival run with her show Too Much, deemed "outright smart and deceptively analytical" (Reviews by Judith), Thalia-Joan is ready to bring you Ex-pectations. Biting, cheeky, insightful and an all round exhilirating experience, Thalia-Joan dips and weaves effortlessly between observational humour, storytelling and loveable characters to dazzle audiences.

'She holds her own with the quick-wit and dirty humour you’d expect of a veteran of the stand-up stage.' Time Out