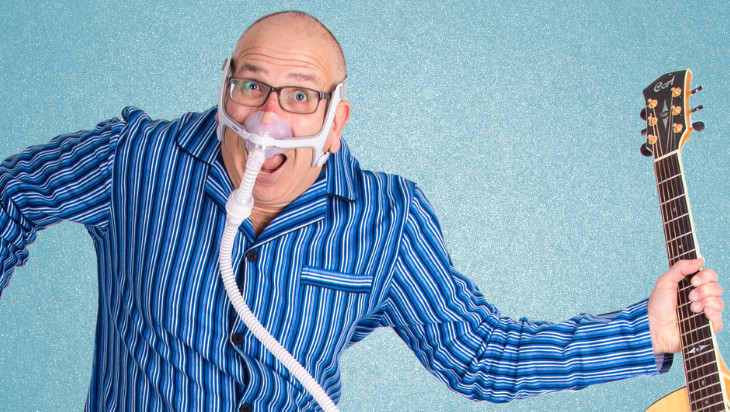 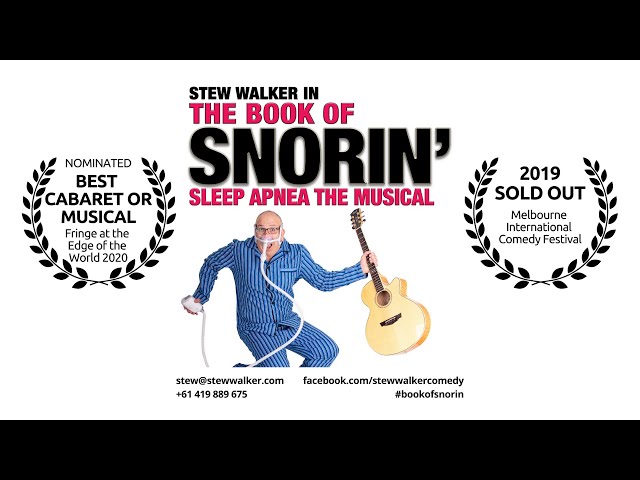 Stew Walker The Book of Snorin’ – Sleep Apnea the Musical

Stew Walker The Book of Snorin’ – Sleep Apnea the Musical

Nominee Best Cabaret, Musical or Variety Show 2020 Fringe at the Edge of the World

After a sold-out debut season at the 2019 Melbourne International Comedy Festival, the world’s first comedy show about sleep apnea is back, and it’s better than ever. This hilarious show follows musical comedian Stew Walker on his quest to treat his sleep apnea and escape the bungalow blues.

If you snore or love a snorer, then Stew’s show featuring ‘Stewpid’ songs about snoring and sleep apnea will not only amuse you, but it could save your relationship or even your life!

Stew has sleep apnea and snores a lot! His snoring is so loud that his wife has kicked him out to the bungalow and the neighbours have lodged noise complaints with the police. And sleep deprivation is causing havoc at work, where Stew nods off more often than a bored parliamentarian.

But it’s not all bad news. For one thing he’s saving heaps on drinks. Thanks to sleep apnea, he wakes up feeling hungover every morning despite not having touched a drop for months. And the noise from Stew’s snoring has scared the local possums away from his leafy Eastern suburbs block.

'One of the best comedies I’ve seen at the Fringe.' Buxton Fringe Reviews (UK)

A happy dream of a comedy show. Tremendous fun from start (diagnosis) to finish.  – Chuck Moore Reviews About
Please note, the following performances will be filmed: Sat 9 Apr.
16+
Suitable for audiences 16+