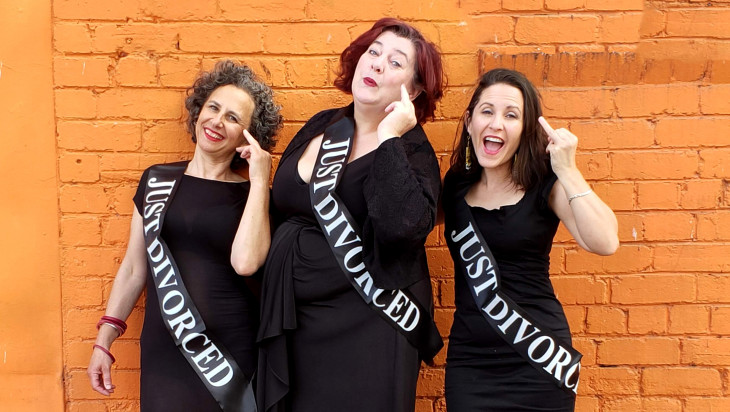 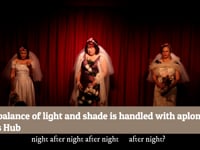 Comedians Lucy Best (RAW Comedy State Finalist 2019), Nicky Barry (RAW Comedy State Finalist 2011 and the bawdy dame of Melbourne comedy) and Justine Sless (former creative director Melbourne Jewish Comedy Festival) have together – despite their youth – racked up over 75 years of marriage. They gave it a red hot go, but now they're all happily Unbridled.

They’ve thrown their jockeys, unhitched their wagons and are running way off course. Through music and comedy their stories unfold, in the un-wedding of the year.

Unbridled doesn't dwell on the painful collapse of a relationship, but celebrates the thrill of reclaiming your life, your body and your minimal superannuation.

The Unbridled trio have also racked up over 25 years of comedy between them, with performances and shows nationally and internationally including in Adelaide, Sydney, Hobart, Melbourne, London, Leeds, Edinburgh, Hong Kong and Europe. So strap in for the ride of your life and back three guaranteed winners.

'Sheer comic panache... Barry brings her usual relaxed and (seemingly) spontaneous having a laugh over a drink’comedic style... Best is her tastefully outrageous self... Sless hits an individual comic peak.' ArtsHub

'This show needs to come with a disclaimer: causes doubts in the institute of marriage and "leakage" due to laughing.'  Weekend Notes