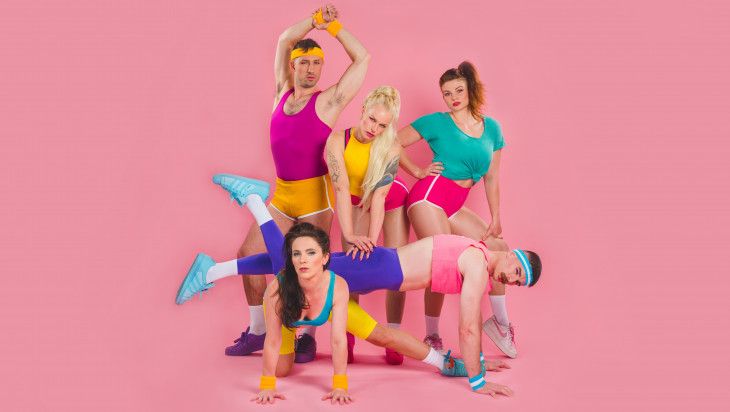 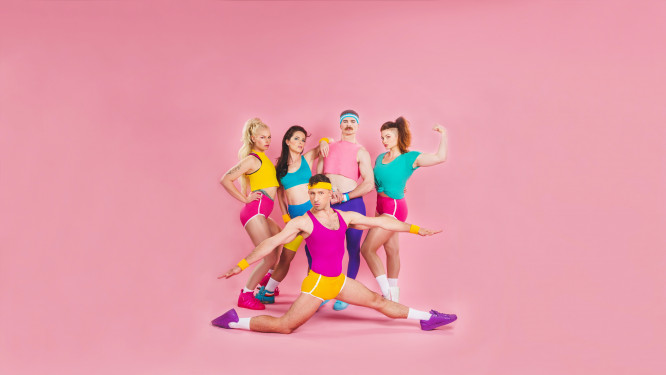 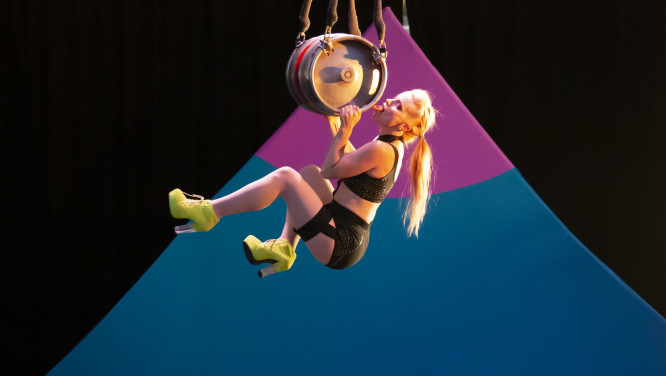 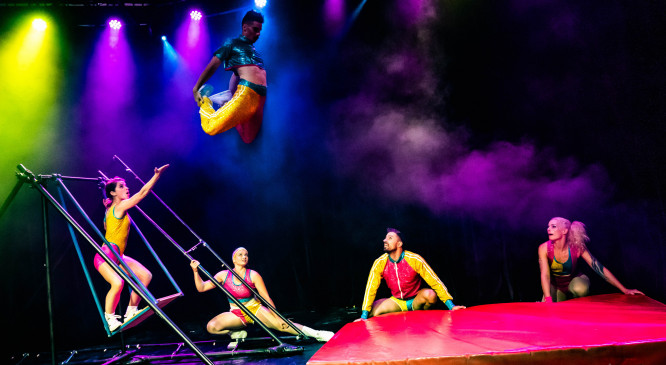 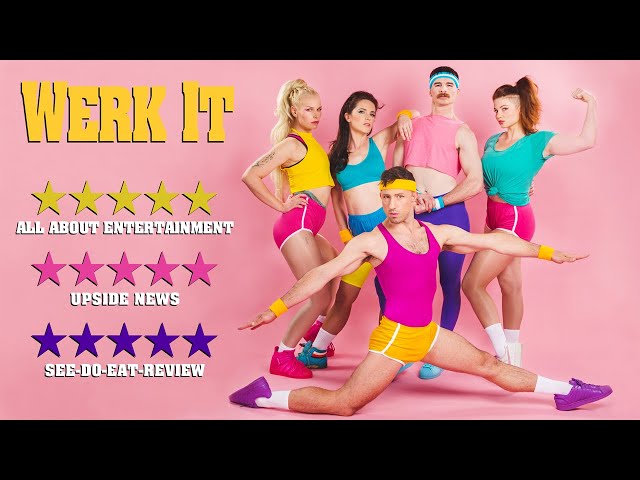 From the team that brought you Can’t Face and Neon, Werk It is an all-new, late-night, high-energy, acrobatic comedy romp.

Celebrating spandex, high-vis, vitality and vigor! The low carb love-child of a tradie, a spin instructor and a cross-fit fiend, Werk It is a riot of colour and movement – big tricks delivered by an all-star cast with more sass and swagger than a TLC videoclip.

This over-the-top ensemble will be hip thrusting their way into an Aerobics Oz Style fever dream all Festival long!

Circus Trick Tease has been touring internationally for ten years. Launching in 2008 with their award winning self-titled show, they have gone from strength to strength creating a diverse range of work over the years, including the smash hit Can’t Face in 2018. They have nine awards under their belt, three sell-out seasons at the Edinburgh Fringe and a butt load of five-star reviews.

This project is supported by the Restart Investment to Sustain and Expand (RISE) Fund-an Australian Government initiative.

Please note, the following performances will be filmed: Sat 23 Apr.
18+
Suitable for audiences 18+