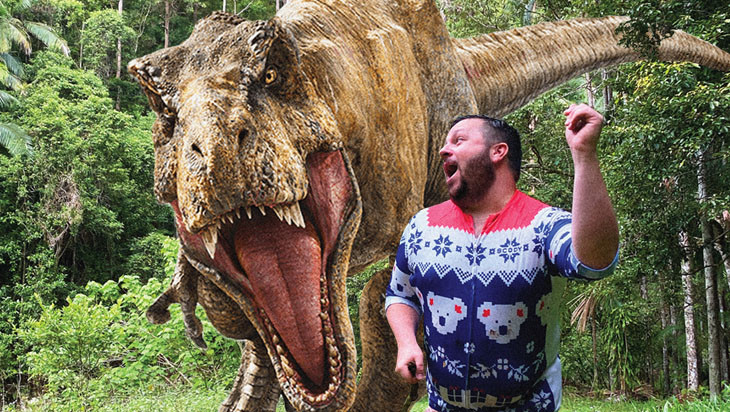 Some of you may know him as a mother of teenagers, a new young couple in love or even someone who gets super excited about folding T-shirts or guessing the colours of paint - but you will definitely know him as Christian Hull and sometimes his wildly popular alter-ego Trish!

Christian is a disaster of a human. He is afraid of the outdoors and almost everything else. This show is about those times he has had to fend for himself and it’s almost definitely ended in many near death experiences. From his horrific fear of flying to shitting himself often, mostly in public, you’ll leave wondering how on earth he has managed to keep himself alive for so long.

He has built a huge audience from documenting his mess of a life all over social media, with his hilarious characters, parenting parodies, paint guessing and T-shirt folding escapades earning Christian an ever-expanding army of more than two and a half million online followers. After selling out festivals and shows all over Australia, Christian is back with his flagrantly frank, frighteningly honest and disarmingly hilarious tell-all comedy show!

With a career trajectory taking him straight into the comedy and media stratosphere, a Christian Hull live show is not to be missed – book early!

'Hull is such a delight… his appeal is far reaching and broad and the love for him is palpable. He is relatable and gregarious and so very lovable you need to stop yourself from jumping up and hugging him. ★★★★' X-Press Mag