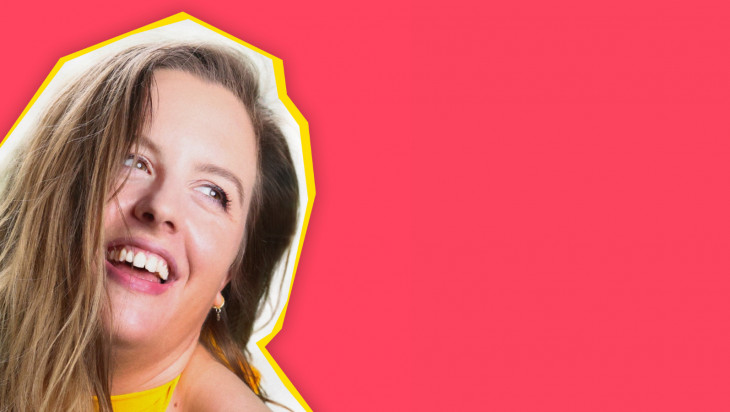 After a huge few years playing gigs in New York alongside comics like Jim Gaffigan and Janeane Garofalo, making her TV debut and being the breakout star of Aussie comedy film Hot Mess (as seen on Netflix), musical comedian Sarah Gaul is thrilled and honoured to announce that she is not engaged! And not planning on having kids any time soon! Thanks for your kind words xx

Wife is a brand-new hour of laugh-out-loud original comedy songs that examine the transformative power of rage, shame and best mates. Target audience? Your ex-boyfriend. He’ll love it.

You’ll laugh, you might cry and you may even think. You’ll come for the comedy – but you’ll stay for the music. Don’t just take our word for it –Sarah was a finalist at the International Cabaret Competition, won Short + Sweet with one of her original songs and was selected for a prestigious New York Broadway composers' showcase. She’ll walk you through folk, jazz, pop and gospel with all the subtle nuance of a comedian who’s been sitting at home alone for the last year.

'Check her out now so you can say you saw her before she was big.' Heckler

'No aspect of everyday life is safe from the clever wit and barbed cynicism of this talented comedienne-chanteuse.' Adelaide Advertiser