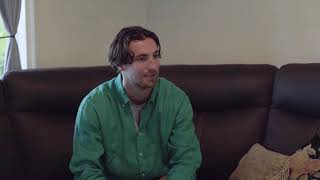 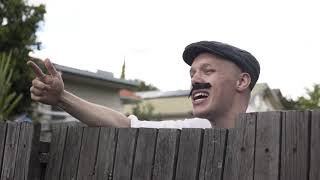 Bombastic JOE Did You Just Call Us "Big Jerks"?

Bombastic JOE Did You Just Call Us "Big Jerks"?

Hey, get back here! I’m serious, you get back here and explain yourself! You make me sick. You don’t just go around calling people "Big Jerks"! Take it back. Seriously, I want you to take it back! You take it back, or you’re gonna regret it!

The Bombastic JOE trio are back, ready and keen to get their greasy mitts on a new set of audiences for their third year at Melbourne International Comedy Festival. Move over cockfighting, there’s a new source of entertainment in town!

Gone are the days Jon, Oli and Ed stood by silently and let unprovoked put-downs like "Mumma's Boys", "Losers" and "Big Jerks" go unrebutted. Don’t be surprised if the next time you throw some shade these boys’ way, you find yourself on the other end of swift and witty "No YOU Are!" to put you back in your place. Times have changed and there’s a new alpha pack in town. Haters will NOT be tolerated.

Jon, Oli and Ed return in 2020 with their signature, fast-paced brand of sketch comedy, pushing the boundaries of what a comedy show can be. Did somebody say “avant-garde”? These guys are breaking all the rules, coming back with their ground-breaking ‘introduction, middle-part, ending’ structure that has them turning heads from all around the globe!

Jon, Oli and Ed pride themselves as performers, keeping the audience captivated with seamless transitions through unique characters and situations. These boys will make the audience laugh until they cry or cry until they laugh.

Jon Walpole (1995-2020) achieved fame as 'Lil’ Baby Jonny’: the face of Durex Condoms during their infamous fear campaign in the late 90s. Amongst John's greatest achievments is a local pizza shop naming their newest pizza after him. If you're ever in the Malvern area and hungry for something a little different, make sure you try the critically acclaimed 'adopted but he doesn't know it' pizza. Jon’s favourite animal is the majestic skunk, and his life goal is to be the first man to cook pasta on the moon. Since childhood Jon’s dream occupation has been to become a professional whistler. Unfortunately this aspiration came to an abrupt end due to a freak ventriloquism accident during a high school talent quest.

Everything about Oli is large. He has a large smile, a large personality and he is larger than the other members of Bombastic JOE. He uses this size advantage as a way to intimidate them. When Oli is on stage, you won’t see the other two boys. This isn’t because of Oli’s amazing stage presence, it’s because he’s so big there simply isn’t room for the others on the stage. Be sure not to make eye contact with Oli. Ed did, and that’s why he looks like he does now. Ed used to be so beautiful. We ask that if you come to the show that you don’t make any sudden or provocative movements around Oli. If you do, he will eat you and become even larger and more powerful. Oli hasn’t spoken to his family for five years because he doesn’t want them to see the monster he has become.

Ed’s return to sketch comedy is eagerly anticipated. The other members of Bombastic JOE are expecting Ed’s comedic timing to have improved exponentially after they sent him to test his material whilst living amongst a clan of hyenas in the Serengeti over the winter. Ed's goofy demeanour, unique sensibilities and quirky personality went down very well with the hyenas. He has returned fuelled and invigorated by months of validating hyena laughter. But we fear Ed’s placement with the hyenas may have gone TOO well, as he has returned to us with his half-man-half-hyena child. The boy’s name is Faustus. His fangs are growing by the day and he is learning our darkest secrets.

'Strap yourselves in for an evening of fast paced, sharp comedy sketches. ★★★★' Tay Around Town