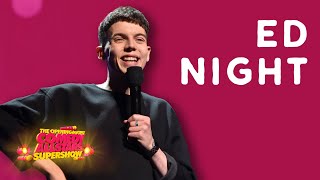 This charming, wise-beyond-his-years 21st Century guy and Edinburgh Comedy Award Best Newcomer nominee brings his acerbic wit and sharp intelligence back to Melbourne for a show that’s very much about our times.

The South Londoner hilariously dissects stuff he’s fed up about, his need for validation and the perils of dating. He’s woke, he’s eloquent and he isn’t afraid to shine a light into the scarier corners of his life and the world around him.

‘Some of the cleverest, funniest and most unassuming comedy I've encountered. ★★★★★' A Younger Theatre (UK)

‘A razor- sharp understanding of how to craft a joke. ★★★★' The Scotsman