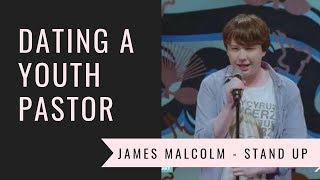 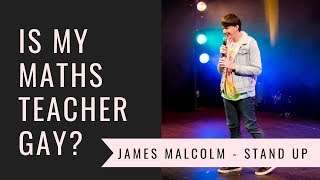 All James Malcolm wants in life is to become a C-List local celebrity and receive the adoration he's always felt he deserves... the only problem
is that he's the exact opposite of famous.

Gazing in from the cusp of celebrity culture, James leans into controversy with explicitly detailed
stories of his sex life, awkward celebrity encounters and going viral on Twitter.

James Malcolm is the Taylor Swift of New Zealand comedy, because they both write about their ex-boyfriends. James shocks and entertains with an explicitly detailed look into his life as a wannabe gay icon, paired with cutting pop culture observations.

James Malcolm was the winner of the New Zealand Raw Comedy Quest in 2014 and was nominated for the Billy T James Award for outstanding up and comers in both 2016 and 2018. He won the Andrew Kovacevich Memorial Cup for Most Offensive Gag at the 2017 New Zealand Comedy Awards.

'I am surprised and delighted by how digestible millennial self-involvement can be when delivered by a real talent.' Theatreview (NZ)

'Maybe this is a sign I'm getting old and incredibly boring, but stories about blow jobs are not funny.' NZ Herald

Please don't come if you're old and/or incredibly boring.