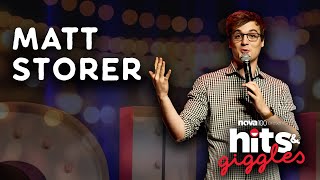 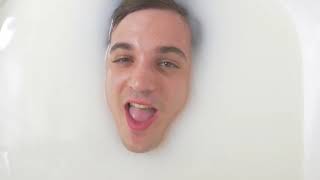 Matt Storer In My Face

Matt Storer In My Face

Matt Storer mostly talks to himself, but it's always great banter. The songster stand-up explores everything from crow uprisings to horse olympians, then reinvents the coaster.

Since taking out both the WA RAW Comedy and Funny Faces competition in 2014, his first year of comedy, Matt has established himself as one of the country’s brightest up-and-comers. His friendly and unhinged comedy has now earned applause across Australia and the UK.

Matt’s stand-up is accompanied by original songs performed on piano. His formidable vocals, lyrical word-smithing and flair for unique yet relatable topics has seen his songs become a pillar of his comedic reputation.

'Sharp, clean, observational humour that elevates the ordinary to the hilarious. ★★★★½'  Winning At Failing

'Intimately funny… His talent won the crowd over incredibly quickly. ★★★★' The Music

'A solid physical comedian as well as a wordsmith.' Broadway World (UK)