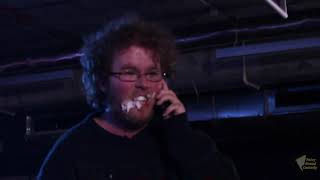 This isn't a comedy show. If it was, the set up would be your miserable life and the punchline would be a new and improved, pee-juvenated you.

The Rainbow Lord is presenting the Rainbow Piss Self-Improvement Seminar and will teach you the E-Z-Y as pie steps to take the number one of the skies and make yourself Number One.

'Like Lars von Trier and David Lynch trying to out-mindf*%k each other.' Great Scott Media

Listen to and subscribe to the podcast 'Ross Purdy Destroys Comedy' on Podbean, iTunes, Spotify, as well as other podcasting platforms.